1. Supports the treatment of yeast infection

Candida is a type of yeast that is a natural part of the intestinal and oral microflora. Their multiplication is mainly due to poor eating habits, such as high sugar intake. Spirulina may be the solution to the high increase in yeast infections. The results of several studies have confirmed that Spirulina eliminates yeast infection cells and promotes the growth of healthy bacterial flora in the intestines. [8] [9] [10] [11]

2. It works as cancer prevention

Phycocyanin is a source of blue-green alga coloration, but above all it is an ingredient with excellent antioxidant properties, thanks to which Spirulina prevents the spread of chronic inflammation and oxidative cell damage. These are phenomena that contribute to the spread of cancer. Phycocyanin helps fight free radicals and prevents the production of inflammatory signaling molecules. [12] [13] [14] [15]

Elevated blood pressure is the driving force of heart attacks, strokes or kidney disease. In order to prevent these diseases, it is sufficient to consume 4.5 g of Spirulina. While 1 g yielded no results, an almost 5-gram dose can lower blood pressure and regulate it to an acceptable level. [16] [17] 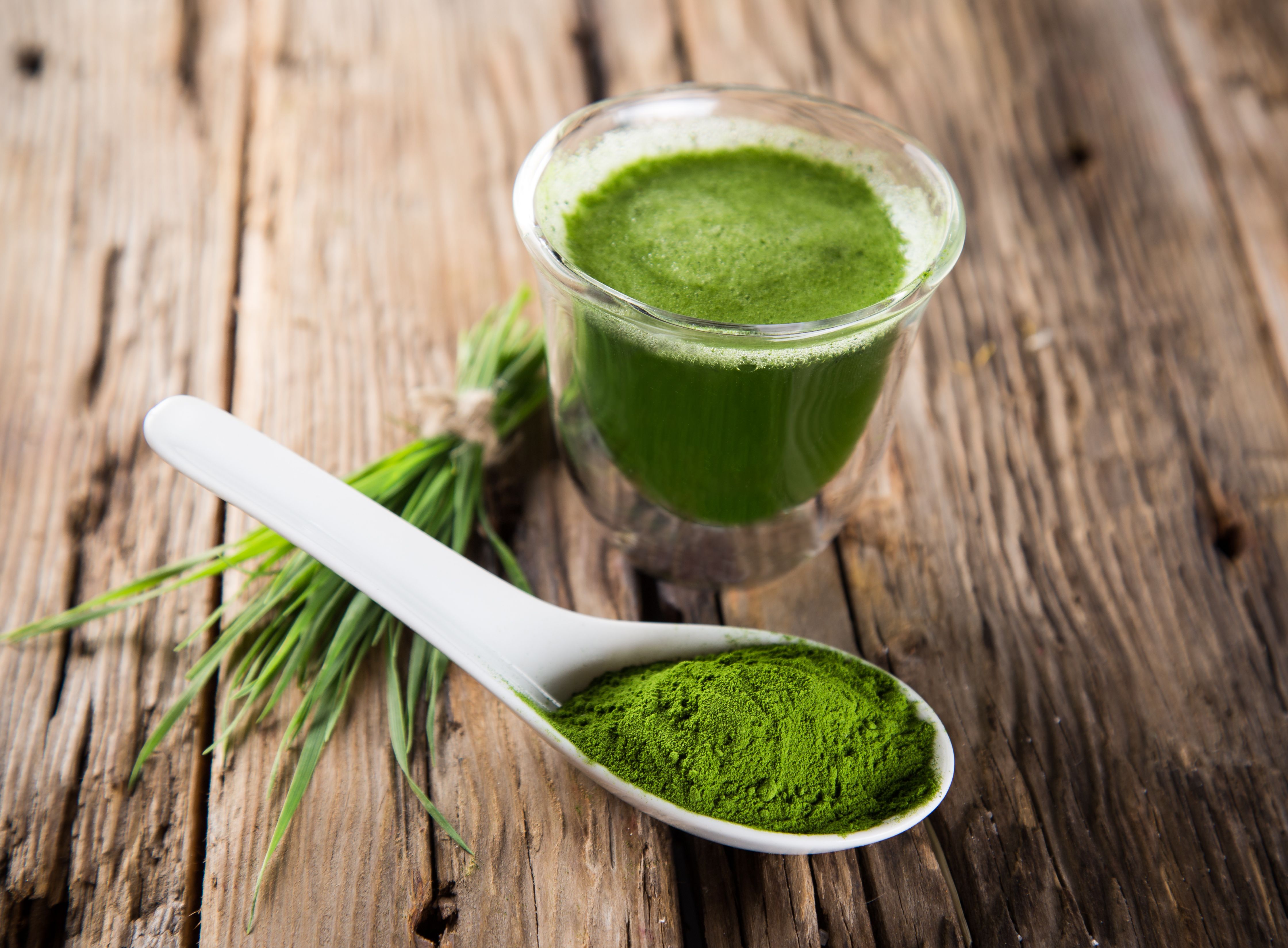 4. It can regulate blood sugar

Other scientific studies suggest that a 2 g dose of Spirulina is sufficient to significantly reduce high blood sugar levels in people with type 2 diabetes. This amount can regulate glucose levels from 9% to 8%, which at first glance may not seem much, but even such a change can reduce the risk of diabetes-related death by as much as 21%. [18] [19] In some cases, Spirulina even outperformed the known anti-diabetes medicines, such as Metformin. [20] [21] [22]

Some mineral-rich plant foods with antioxidant properties can reduce muscle damage in athletes and physically active people. One such food is Spirulina, which is able to significantly improve the endurance of a person, delay the feeling of fatigue and increase their physical strength. [23] [24] [25]

Spirulina can suppress rhinitis and any accompanying symptoms caused by allergies to pollen, fur or dust. According to a study involving 127 people, a 2 g daily dose of Spirulina is sufficient to relieve sneezing, nasal discharge and unpleasant itching. [26] [27] 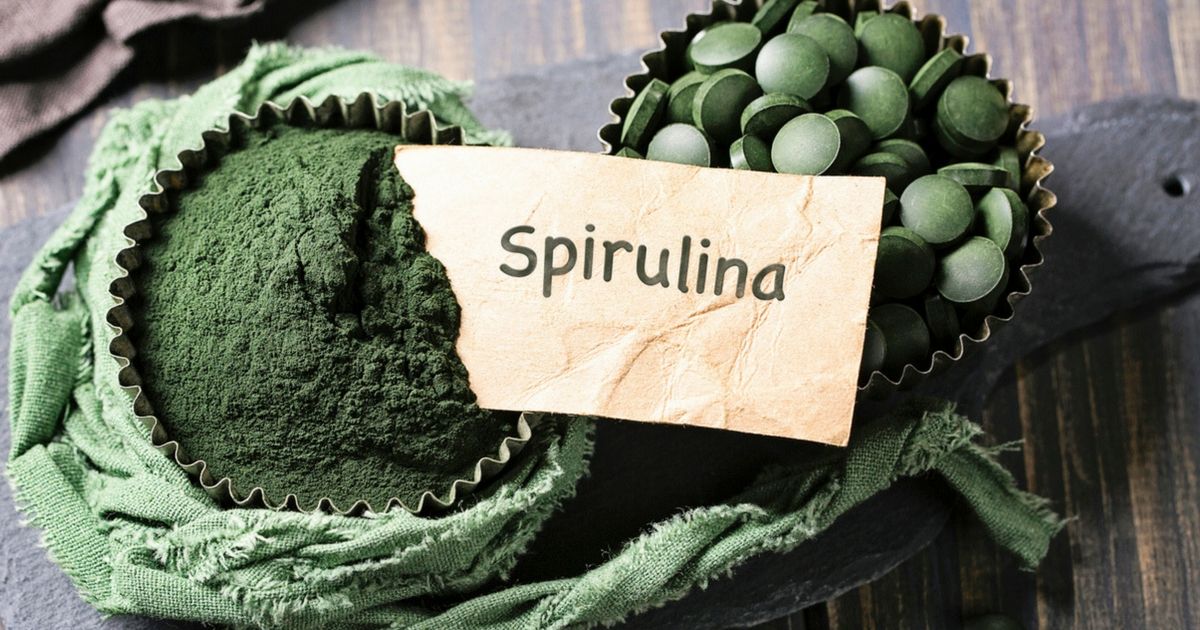 7. May be an effective remedy for anaemia

8. Reduces the risk of heart disease

Spirulina is able to reduce the levels of bad (LDL) cholesterol and triglycerin, and in some cases increase the amount of good (HDL) cholesterol. In people with high cholesterol levels, a decrease in triglycerin of 16.3% and LDL cholesterol of 10.1% was demonstrated after ingestion of 1 g of Spirulina. Studies in which higher daily doses of 4.5 to 8 g were used yielded even more favourable results. [30] [31] [32] 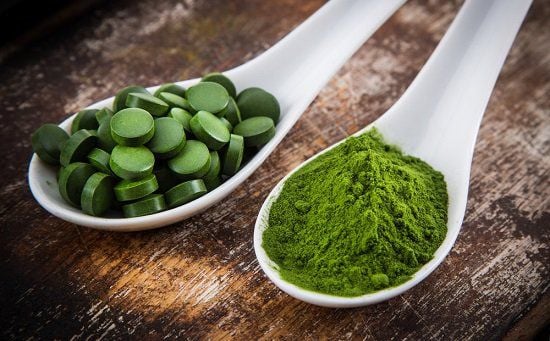 Spirulina contains a high content of chlorophyll, which strengthens the immune system and helps to remove toxins from the blood. According to a 2006 study, a 5 g daily dose of Spirulina in combination with zinc supplementation can reduce the amount of toxic arsenic in the body by almost half. There are assumptions that Spirulina is also able to bind with radioactive isotopes, which makes it also useful in radiotherapy. [33]

10. It has anti-inflammatory effects

Gamma-linolenic acid belongs to the group of essential fatty acids and has highly effective anti-inflammatory properties. GLA is a substance that the human body cannot produce itself and is dependent on its intake from other sources. One of the plant foods where GLA acid is found is, for example, Spirulina. Gamma-linolenic acid affects the quality of hair, nails and skin. It also positively affects premenstrual syndrome and affects healthy joint function. [34] [35]

Welcome to the new AlgaeLab site!